Raw honey contains essential minerals, enzymes, antioxidants, flavonoids, amino acids and probiotics (Lactobacillus Kunkeei) and has been used for millennia as both food and medicine.

Great, so what’s the deal with Enzymes? Enzymes are biochemically active “smart” protein molecules which target and manipulate other molecules in order to alter them in some way. 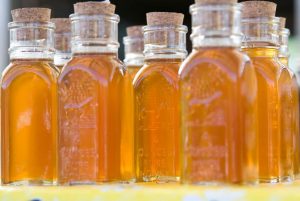 Invertase for example, is added by the bees to increase the potential concentration of sugars held in the honey (by inverting sucrose.) This is one of the reasons honey has an indefinite “shelf life.” Ask the ancient Assyrians and Egyptians – they embalmed people with this stuff! Wouldn’t you rather be pumped full of honey than formalin when dead? Me too!

Right, are you still paying attention? So, without getting too far down the scientific reductionist rabbit hole, of some six plant and bee origin enzymes found in untreated honey, it’s the enzyme Glucose oxidase, also secreted by the bees, that has been shown to produce hydrogen peroxide. It’s the hydrogen peroxide, that gives honey its antibiotic properties.

Bee all this as it may, as we all know, the Whole, is far greater than the sum of the parts. This is the principle of synergy, which we humans have a lot to learn about! Honey is a synthesis and symbiosis of complex bee biology interactions with the environment and pollens from innumerable plant sources – creating the quintessential nectar of the gods. This stuff is real!

In order to preserve its synergistic properties however, we should know that heating enzymes beyond a certain temperature causes them to unravel and cease to function as a biochemical entity.

As a rule, the safety threshold for maintaining the integrity of “live” foods is considered to be 47-48ºC. This is the temperature you can put your finger in without saying “ouch, fuck, mother fucker.” Over that temperature – the ouch factor is a signal that you are going to begin to denature your enzymes, given sustained temperatures. If you do heat it to 50ºC for a limited time and then let it cool back down again, the enzymes will pull themselves back into shape and continue to function as normal.

So that’s it – let’s keep it cool brothers and sisters – thanks for dropping by! 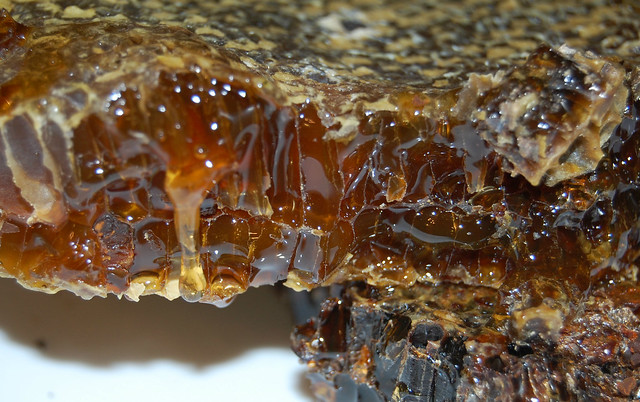 About the Author: nik