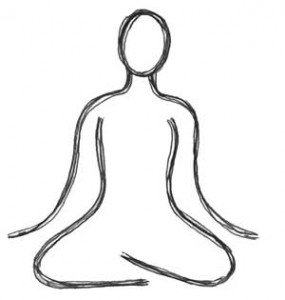 Effective bodywork aims to help with healing processes and self-development by working with joints and muscles, organs and fascia of the whole body to facilitate the release of stuck patterns, tensions and stresses which otherwise lead to mental or physical dis-ease.

Integrative Body Therapy facilitates the recipient’s innate capacity to heal through deep relaxation – letting go – and thus homeostasis. A session on the table, or on the futon may include varied soft tissue and deep tissue manipulation as appropriate; rhythmic, rocking techniques to reconnect disassociated parts of the whole through the autonomic nervous system; along with dynamic stretches and meridian pressure points.

Many disciplines may be intuitively drawn upon to facilitate relaxation and healing in a session including Feldenkreis, Body-mind Centering, Zero Balancing, Craniosacral and other integrative therapies.

Nik has been a practicing bodyworker since 1995 working in settings ranging from clinical rehabilitation centres in London to world class boutique hotels and spas in central California. 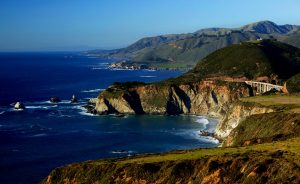 After qualifying and practicing as a Shiatsu practitioner in London during the late 90’s, Nik traveled extensively across South East Asia and the Americas, becoming an adept practitioner of both Eastern and Western approaches to bodywork. With an extensive background in European Zen Shiatsu and Thai Massage (England, Japan and Thailand), he ventured off to California and settled on the Pacific coast. There he spent seven years training and practicing at the eminent Esalen Institute, sequestered away in the wilderness region of Big Sur.

Along side Esalen, Nik worked as a practitioner at the spectacular Post Ranch and Ventana Inn, amongst others unique locations in Central California. 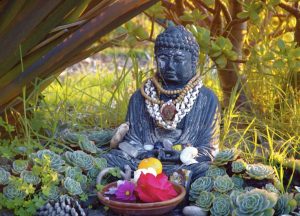 He returned to London in 2016 to continue private practice.

Nik also teaches Qi Gung and meditation and is a proponent of numerous conscious movement and dance practices. 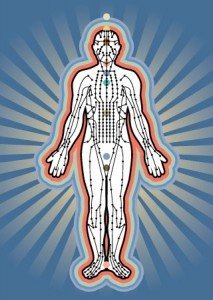 Shiatsu accesses the body-mind through touch to work with the physical (musculo-skeletal and organ) layers through emotional (stability and relationship) to soul level (integrity.) It can access memory and pattern stored in the cells of the body to facilitate release and change. It regards diseases and symptoms as manifestations of imbalance and seeks to resolve the underlying causes. Shiatsu helps stimulate energy (Qi) flow and circulation of blood and lymph, increase flexibility and improve posture.

Rebalancing of a person’s energy may be achieved through varying pressure on the channels of energy called meridians, or sen-lines. Various stretching techniques may also be incorporated to affect the flow of energy and awareness and to help increase flexibility. 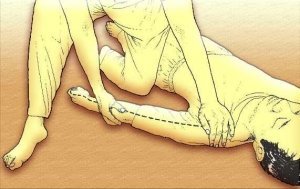 Like acupuncture, it works within the oriental model of meridians and acupressure points, the energy network underlying and informing the body. Acting on the body’s energy system thus, allows the receiver to be more in touch with their own physical, emotional and spiritual nature.Thai massage is comparable to Shiatsu, but distinct in it’s use of dynamic compression and point pressure along with a unique formula of diverse stretching movements. Thai massage opens the joints and balances all the major muscle groups of the body. The patterns of gentle rhythmic movements ease the recipient into a deeply relaxed state and leave them feeling energized, balanced and more flexible than Mr Fantastic – the incredible rubber man!

Nik began Shiatsu training with the European School of Shiatsu way back in the last millennium and continued advanced training in Movement Shiatsu with the venerable Bill Palmer at the School for Experiential EDucation in Devon, England. Further studies and training included Thai massage in Northern Thailand and numerous practices at the Esalen Institute in California over the subsequent years.

Integrative Body Therapy, a synthesis of all of these disciplines, was influenced by many years at the formative Esalen Institute sequestered deep on the south coast of Big Sur in California – long, slow, steady, integrative strokes, deepening as the body begins to relax, trust and let go.

The foundation in Zen Shiatsu lends dynamic technique and meridian work to tone and release blockages as appropriate during a session. Body Mind Centering, Feldenkreis, Zero Balancing and Traeger work amongst other complementary therapies, add subtle layers of complexity as unwinding and relaxation occur.

The therapeutic process may be purely physical, emotional, and / or spiritual in nature according to the trust, readiness and availability of each person at any given time to work at each level. A session may be silent, or involve a therapeutic dialogue, according to each persons need and the connection established.

Relying on intuition to inform and guide during the silent, or inquiring dialogue between practitioner and client, a session becomes a form of poetic dance, creating space in the body for increased ease, openness, and expansive awareness.

Coconut oil (organic, cold pressed) is used for this work, which absorbs readily, and is a hydrating and nourishing food for the skin.

“In order to survive in the high-stress world of high-tech, we more than ever need the high-touch psycho-technologies and body-work methods that are the enduring legacy of spiritual practice and the human potential movement.”

from Thoughts on the Relationship between Technology and Spirituality.

According to Oriental medicine, dis-ease appears when the body loses it’s harmony with nature (can anyone say environmental degradation and auto-immune disease on a global scale) because the alternating currents of energy between the patient and nature are seen to be obstructed.

If we consider the primary contributors to illness as:

then the aim of (medical) treatment is the creation of a better world as a whole through the healing of the individual. Right?

During meditation, the conceptualisation of contrast and the intuitive perception of life are increased. As a result, the body’s homeostasis is heightened.

One aspect of Shiatsu and bodywork therapy is the effect touching the skin has on the midbrain, directly effecting the limbic system – the complex of nerves and networks in the midbrain concerned with instinct and mood, controlling the basic emotions (fear, pleasure, anger) and drives (hunger, sex, dominance, care of offspring.)

Through appropriate Shiatsu treatment, a client’s brainwaves change, as during meditation, from beta to alpha and potentially delta. In this relaxed mental and physical condition, patients release their thoughts and, by the practitioner’s caring hands, can be expected to acquire a positive image of themselves and others. Now this is a good thing…

It is also therapeutically significant if a patient is freed from a held negative image. For example, those prone to stomach ailments live with the sustained subconscious image that something is wrong, making them constantly aware of the stomach, or back or knee or wherever. Being overly conscious of one part of the body because that part has sustained an injury or is unhealthy for some reason is an indication that one has lost contact with the holistic nature of the body. When people are aware of their whole body, they do not create negative images about themselves. And this is why it feels so good to get a session from someone who instinctively knows how to touch deeply! Remember what that feels like (take a moment… remember?) when you feel restored after a treatment, integrated, at ease and at peace with yourself and the world.

What’s more, the best way to relieve stress is to feel compassion and appreciation towards others. The patient who is appreciative of therapy heals more quickly. Appreciation restrains a patient’s pessimistic feelings and dis-ease and puts them at ease.

For these reasons, regular treatment is an effective path of self care and healing and not to be underestimated as preventive medicine.

If you would like to learn more about how these treatments may benefit you or to book a session, give Nik a call, or just go ahead and book a session